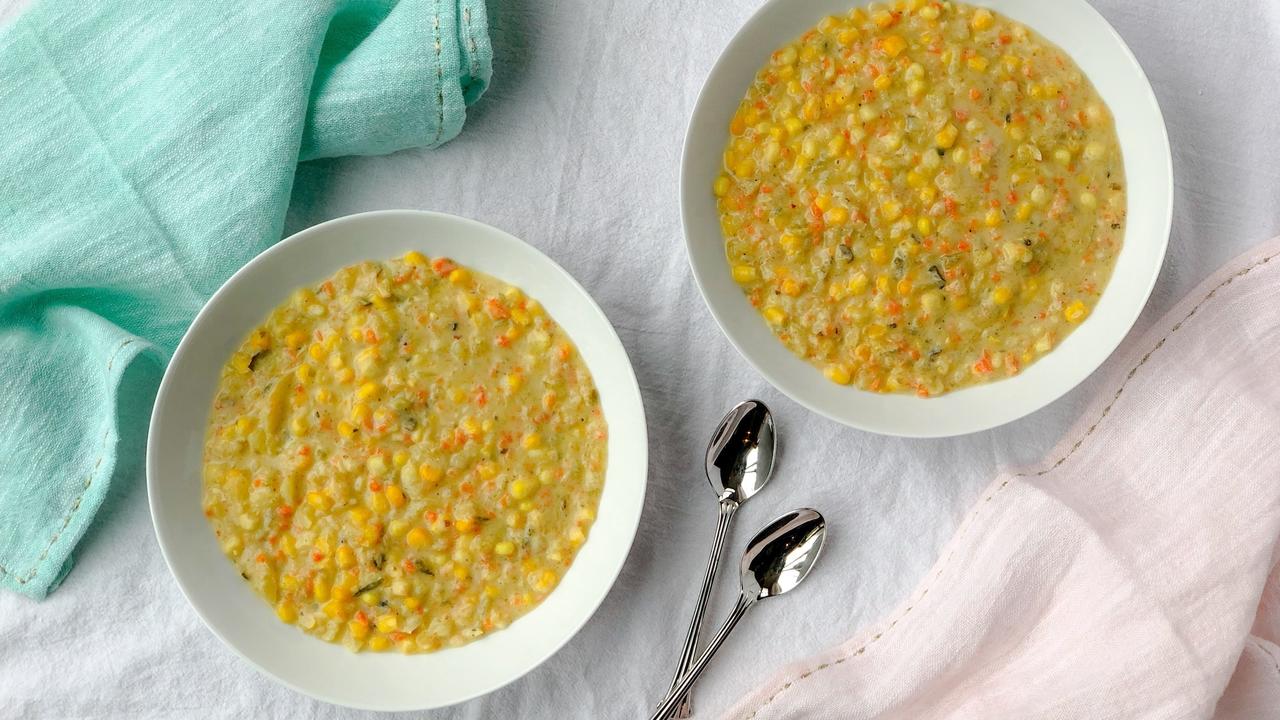 Okay, so I was in the kitchen the other day making one of my favorite soup recipes - my Spicy, Summer Corn Chowder. It's a little taste of summer, with a touch of fall and soooooo good. As I was gathering the ingredients, I realized I was a little short on celery. So I decided to see what else I could add in place. I looked around and found two poblano peppers and a bunch of yellow potatoes. Perfect!

I didn't think it would change the recipe that much, but it kind of did! It was still similar to the original corn chowder recipe but, now it was even spicier - and I loved it! Plus I added potatoes this time, which I purposely left out of the original because white potatoes can be inflammatory to some people, myself included.

However, they are traditionally part of corn chowder, so in they went. This added more density to the soup. And the next thing I knew, a spicier, heartier version of my original corn chowder was born. The... 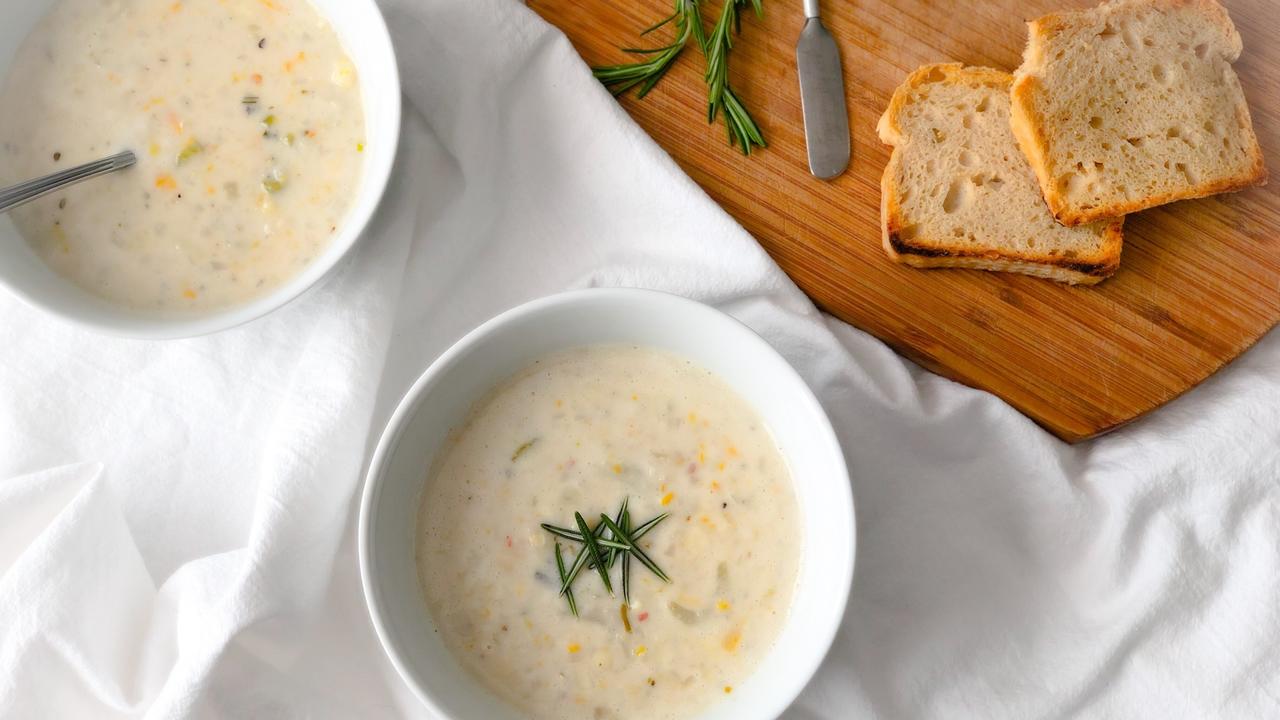 Corn Chowder, Without the Dairy

Don't say goodbye to summer without making this spicy corn chowder! There's something about freshly husked corn that takes the flavor of this soup to a whole new level. Don't get me wrong, you can totally make this with frozen corn from the grocery store (just make sure it's organic - because who wants to eat GMOs), but if you can sneak in one last trip to your local farm for some fresh corn, I totally would.

And can we just talk about the fact that this is also dairy free. There is no heavy cream in this soup. Instead, I was able to get the beautiful consistency and taste with cashews and steamed cauliflower.

I know cauliflower can sometimes be a little messy to make - but the good news is, you don't have to cut into the cauliflower at all. Just unwrap it from the packaging, remove the green leaves (honestly probably not even necessary) and place the whole head in a steamer basket. That's it. No mess at all. You'll then allow that to cool...

The Roadmap to Healing

Be the first to get notified!

The Healthy Curator is closed now but membership opens up again soon. Be the first to know.